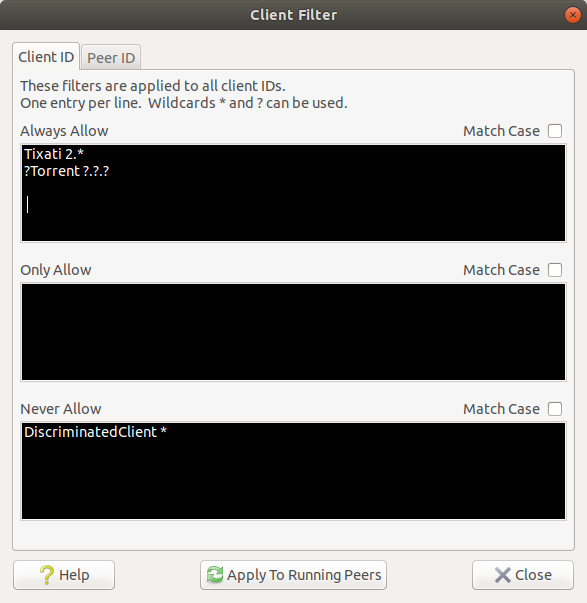 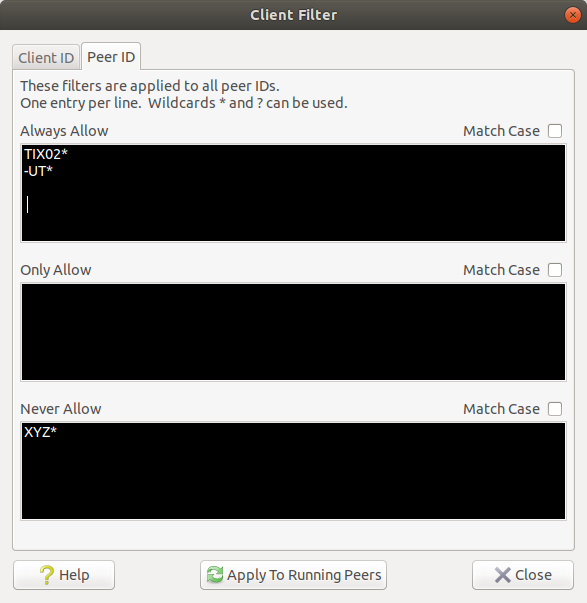 Note: Some clients may allow spoofing (changing) their Client ID. Peer ID also holds a client name & version identifier and a random unique peer identifier. It may or may not be permanent/consistent. For example, Tixati uses a random identifier for each torrent with the ability to change it manually.

Filters peers based on Client ID. Client ID is exchanged at a later stage in a connection, but is the recommended way for client information (in an extensible human-readable format).

Note: There's a client called "tTorrent" that identifies itself as "tTorrent v1.5.6" - due to mismatched character "v" the above pattern wouldn't capture it. But it may capture other similarly named clients.
Never allow:

DiscriminatedClient * (of any version or any ending)

Filters based on Peer ID. Peer ID consists partly of a simplified client type and version information and a randomly chosen identifier for this peer.

In this example (rules correspond to the ones above):

TIX02* (TIX is Tixati's ID and 02 is the beggining of the version string. Followed by random ID)
-UT* (-UT is a µTorrent ID followed by version number and random ID)
Never allow:

XYZ* (client which has the XYZ abbreviation code, followed by anything, likely version and random ID)